At this point we all have heard what is bullying and what does it mean to be bullied, but when people think of this they usually starting thinking about insults and physical damage to someone, but like with any other kind of abuse there are different kinds of bullying, today we will talk about Psychological bullying.

The act of being psychologically bullied, can be defined as any kind of purposeful mental abuse, things like mean comments and taunts, but they only count as this kind of bullying as long as they were made in purpose and with the intention of hurting the person who receives these insults.

Sadly, according to some studies, there are many reasons why people tend to start a malicious behavior like this one. Like in physical bullying, this version tends to happen because the person who is doing this might be going through something in their lives and this is a way to cope.

But even though this might be a symptom of something grave, and a signal that something wrong might be in their lives, this doesn’t mean that it is a healthy way to cope, since it causes the victim of this psychological bullying a lot of emotional problems that can stay with them for years after the abuse has happened.

Besides that, this can turn into a horrible coping mechanism for the person, and in some cases, they might even continue with this behavior on the future and that is just not a good way to live. Because of this, this form of bullying is not only common in the lives of children, but also in the adult world. 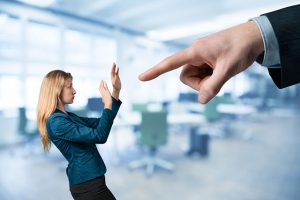 The most common way that this behavior is inflicted into its victims is by personally attacking someone, for this reason it tends to happen to those who already know each other from places like school, work or even if they are family. It can be something as small as someone making jokes about some flaw the person has.

The reason why this is damaging for the emotional state of certain children, is the fact that this taunts and mocks tend to happen in public, in front of a lot of people they know which can make them retreat into themselves, especially if others join in on the joke, and because of this the children start disliking those things about themselves.

Another thing that people used as a psychological bullying tactic, is that they tend to rely on the rumors that someone might have started around the victim, or even come up with some of them on their own and start spreading these rumors to the people they know.

When you usually think about bullying, people tend to conjure up an image of kids being hit in school while being mocked, but even though the punches and things like that can be a part of the bullying, when it comes to Psychological bullying there is very little physical abuse, or in most cases there isn’t even a sign of this.

The people who grow up enduring psychological bullying, tend to have certain traits that will be a sign of what they went through in the past, in some cases those who have been a victim of this kind of bullying can become psychological bullies themselves.

Besides this, some of the most lasting effects can be negative in the victim’s mental health, causing things like shame on the things their bully mocked, embarrassment about that thing they were being shamed for and even create a state of fear that will be constant in the victim’s mind. And all these things can lead to a state of depression.

The act of being bullied this way, can make the kid become extremely shy (especially if the child already had a problem talking to others before), if this is constant it can lower the persons self-esteem, and as a result of these two effects combined this can lead to a lower academic performance.

This tends to happen because the child doesn’t feel motivated to do some of the tasks they need to do, or they simply don’t want to stand out in any regard, and if this behavior continues the child might have a problem dealing with these troubles in the future, below we will mention some of the things you can do to deal with this trouble.

How to deal with Psychological Bullying

There are two things that a lot of people tend to advice two things to be able to handle these kinds of situations, these are to stand up to the bullies or to simply do their best to ignore them. Ignoring them can be easier in the case of an adult.

Because of this they will have to change, this doesn’t mean that they will stop with this kind of behavior completely but there will be some small changes that will be visible, since they are not really expecting for their victim to talk back to them, especially in this case since they are not looking to hurt the other person physically.

And hopefully by doing some of these things, that bully will realize that the way they have been acting is wrong, and hopefully get help to resolve some of the problems that they might be having, and that are the reason why they do this.